The art of inevitability

The importance of  ‘casting a central character’.

Listen to the podcast

Get weekly updates on masterclasses, podcasts, & fellowships.
Thank you!

Suneel Gupta is the author of the bestselling book "Backable". The book is rooted in Suneel’s journey from the "Face of Failure" for the New York Times to the "New Face of Innovation" for the New York Stock Exchange. Suneel is the founding CEO of RISE, which partnered with then first-Lady Michelle Obama to deliver low-cost healthcare services to people in need. Rise was named "App of the Year" by Apple and sold in a successful exist to One Medical (NASDAQ: ONEM). Suneel later ran for U.S. Congress and now serves on faculty at Harvard University and as an emissary for Gross National Happiness between the United States and the Kingdom of Bhutan. When a reporter once asked Suneel about his purpose, his response was to “find good people, and inspire them to do what inspires them.” 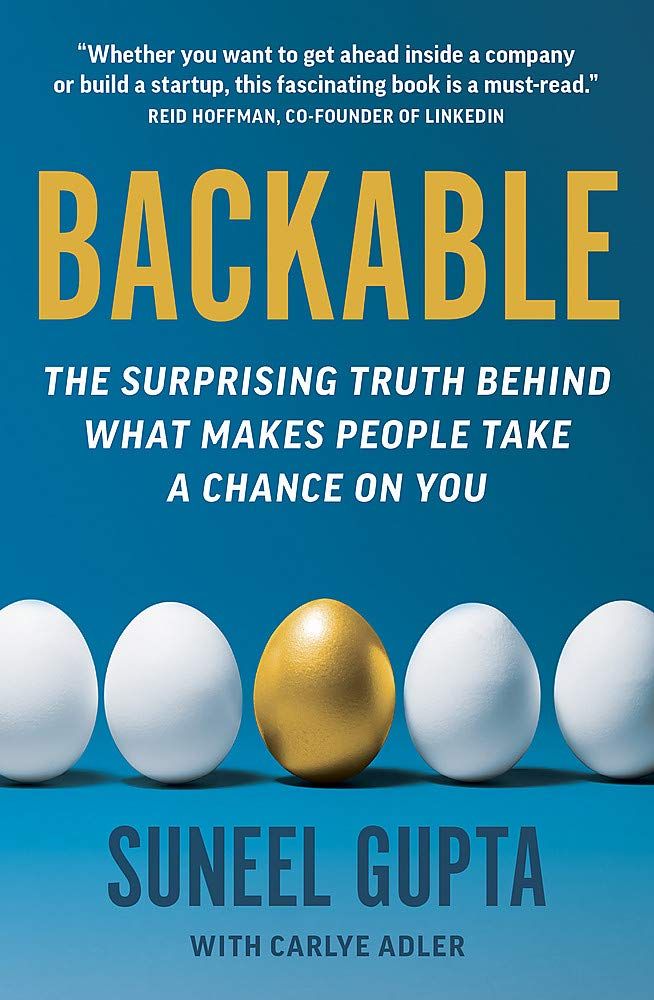 A groundbreaking book that boldly claims the key to success is not talent, connections, or ideas, but the ability to persuade people to take a chance on your potential.

No one makes it alone. But there’s a reason some people can get investors or bosses to believe in them while others cannot. And that reason has little to do with experience, pedigree, or a polished business plan. Backable people seem to have a hidden quality that inspires others to take action. We often chalk this up to natural talent or charisma...either you have “it” or you don’t.
After getting rejected by every investor he pitched, Suneel Gupta had a burning question: Could “it” be learned?

Drawing lessons from hundreds of the world’s biggest thinkers, Gupta discovered how to pitch new ideas in a way that has raised millions of dollars, influenced large-scale change inside massive corporations, and even convinced his eight-year-old daughter to clean her room. Inside Backable are long-held secrets from producers of Oscar-winning films, members of Congress, military leaders, culinary stars, venture capitalists, founders of unicorn-status startups, and executives at iconic companies like Lego, Method, and Pixar.

Backable reveals how the key to success is not charisma, connections, or even your résumé, but rather your ability to persuade others to take a chance on you.
Thank you!
Join the Facebook funded career experimentation community 💖 by 100,000+ top professionals 🌎