Is data the new tin?

Historians go as far to argue that this era saw the development of a homogeneous culture that drove artistic tastes across nations. There are even documented correspondences between individuals across nations discussing inter-marriages and what amounts to ancient futures contracts.The history of globalization often begins with the Silk Roads. However, these trade routes, while lucrative for the participants, comprised a small fraction of the behemoth economies anchoring either end (China and the Roman Empire). Around 1,000 years before the Silk Roads emerged, there was a far more interdependent and complex political economy that came to a sudden, violent end. I am, of course, referring to the Late Bronze Age collapse in the 12th century BC.

This period is fascinating because there were several massive civilizations that were technologically advanced and had formed sophisticated commercial, cultural and political networks with one another. The great Pharaohs of Egypt, the Babylonians, and the heroes/villains (depending on your persuasion) chronicled in The Illiad all existed in this era.
That such a thriving, refined set of superpowers saw centuries unwound in decades, is a unique allegory to today’s backdrop of climate-change-led instability, de-globalization and declining political & commercial predictability in a globalized setting.

British archaeologist Susan Sherrat puts it succinctly, “the end of the Late Bronze Age provides an analogy for our own increasingly homogeneous yet uncontrollable global economy and culture, in which … political uncertainties on one side of the world can drastically affect the economies of regions thousands of miles away.”

The most critical resource in the Bronze Age was bronze. The metallurgical techniques needed to make bronze were a huge technological breakthrough; this breakthrough produced “weapons-grade” equipment and sufficiently re-usable tools (such as bowls & utensils, construction equipment, etc.).

To make bronze you needed 10 parts copper + 1 part tin. Tin was an exceedingly scarce resource. The known deposits of tin during this era were either in northern Afghanistan, or western Europe. It was the transport of tin and copper that helped establish complex trading relationships.

Subscribers can login here to read.

Eric H. Cline, author of 1177 BC: The Year Civilization Collapsed, writes “The strategic importance of tin in the LBA [Late Bronze Age] … was probably not far different from that of crude oil today. The availability of enough tin to produce … weapons grade bronze must have exercised the minds of the Great King in Hattusa and the Pharaoh in Thebes in the same way that supplying gasoline to the American SUV driver at reasonable cost preoccupies an American President today!”

As trading relationships developed on the back of the necessity of a stable tin trade, comparative advantage came into full effect. Supply chains become enmeshed and countries moved to become dependent on others for essential goods. The core evidence that historians point to is the discovery of a merchant ship referred to as the Uluburun off the coast of Turkey in the Mediterranean, which was unearthed in the 1980s. On board, archaeologists found 10 tons of copper from Cyprus, 1 ton of tin (likely from Badakhshan region of Afghanistan), ebony logs from Nubia, 200 ingots of raw glass from Mesopotamia, 140 Canaanite storage jars containing residue of grapes, olives, figs, scarabs from Egypt, swords and daggers from Italy and Greece, among much else. Cline concludes by writing, “Clearly this ship does not belong to a world of isolated civilizations, kingdoms, and fiefdoms, but rather to an interconnected world of trade, migration, diplomacy, and, alas, war. This really was the first truly global age.”

This collapse has been a subject of much debate. What we do know are that the following factors were at play: 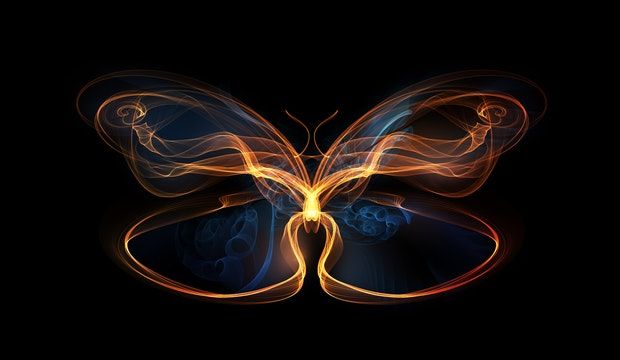 Reading the list above, I was struck by how “run of the mill” these events were. Ancient empires have always dealt with natural disasters, internal instability, droughts among others. Rarely has one or even all these events led to a simultaneous collapse of multiple civilizations.

The argument that Eric Cline puts forth is that “we may be seeing the result of a systems collapse that was caused by a series of events linked together via a “multiplier effect,” in which one factor affected the others, thereby magnifying the effects of each.
Perhaps the inhabitants could have survived one disaster, such as an earthquake or a drought, but they could not survive the combined effects of earthquake, drought, and invaders all occurring in rapid succession.

A “domino effect” then ensued, in which the disintegration of one civilization led to the fall of the others. Given the globalized nature of their world, the effect upon the international trade routes and economies of even one society’s collapse would have been sufficiently devastating that it could have led to the demise of the others. If such were the case, they were not too big to fail.”

While we have hegemonic countries like the US and China buoying a global agenda today, this story is interesting to keep in mind because it is not a satisfactory cataclysmic event that concluded the Bronze Age. Rather, a thousand paper cuts, that were heightened by deep economic and social integrations led to disaster in a way the world has not seen since.

Today is data the new tin?

Are our global inter-dependencies our greatest vulnerability? How do we leverage comparative advantage while assessing the tail risk? These are questions that this story recalls with generous lessons from history. Remember that history doesn’t repeat itself but it often rhymes.


If you are a history buff, you will enjoy the big history project sponsored and made available free of cost by Bill Gates.