October 1, 2021
Existing Network Capital Subscribers can enrol in the fellowship for $10.
Please write to us for the code.
This note comes from Varya, Network Capital’s VP of Product and Government Affairs.
As the Indian contingent returned from the Tokyo 2020 Olympics, I got the opportunity to meet the Gold Medalist Neeraj Chopra and the Bronze Medalist Indian Men’s Hockey Team. 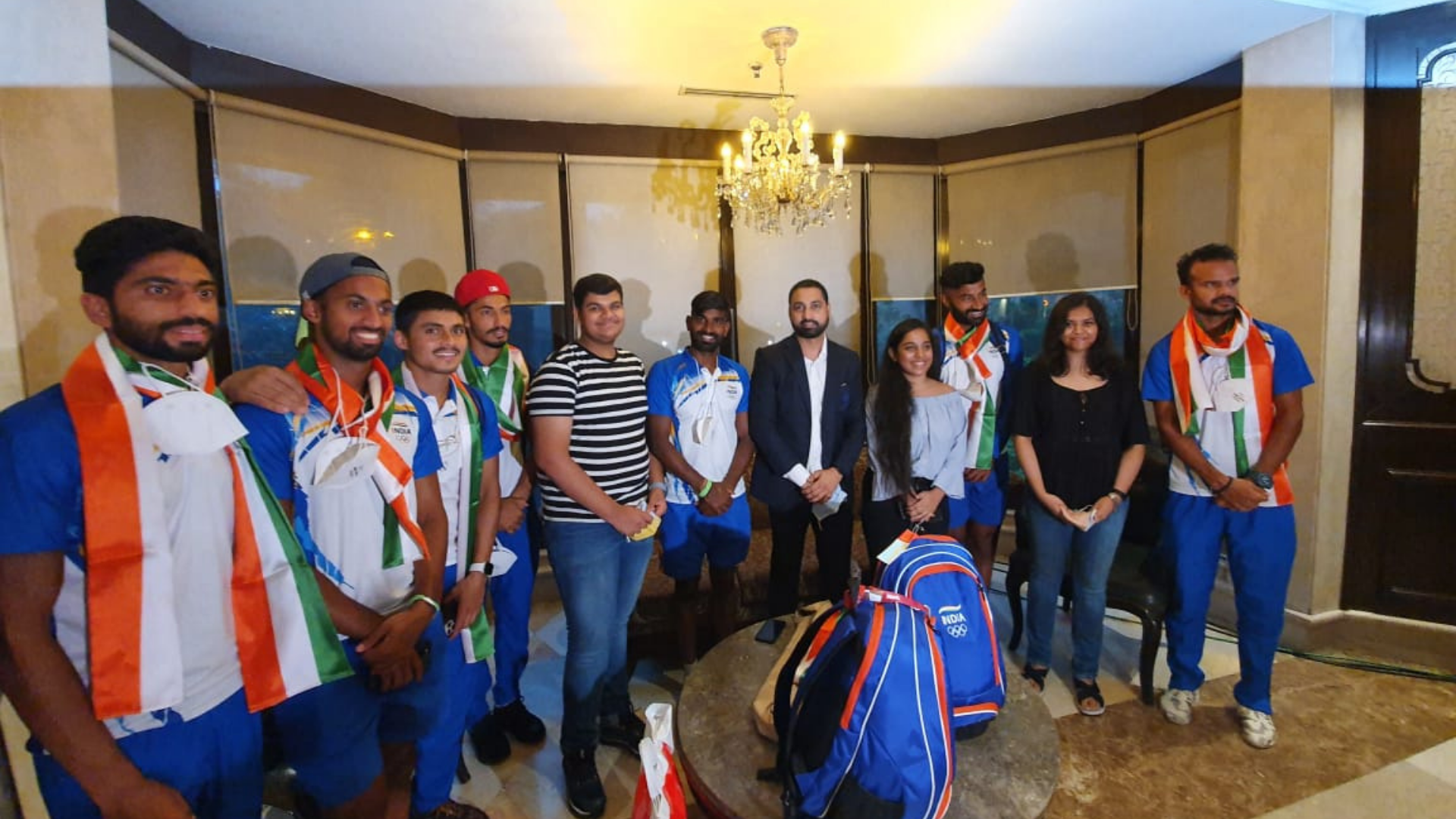 With the Indian Mens Hockey Team 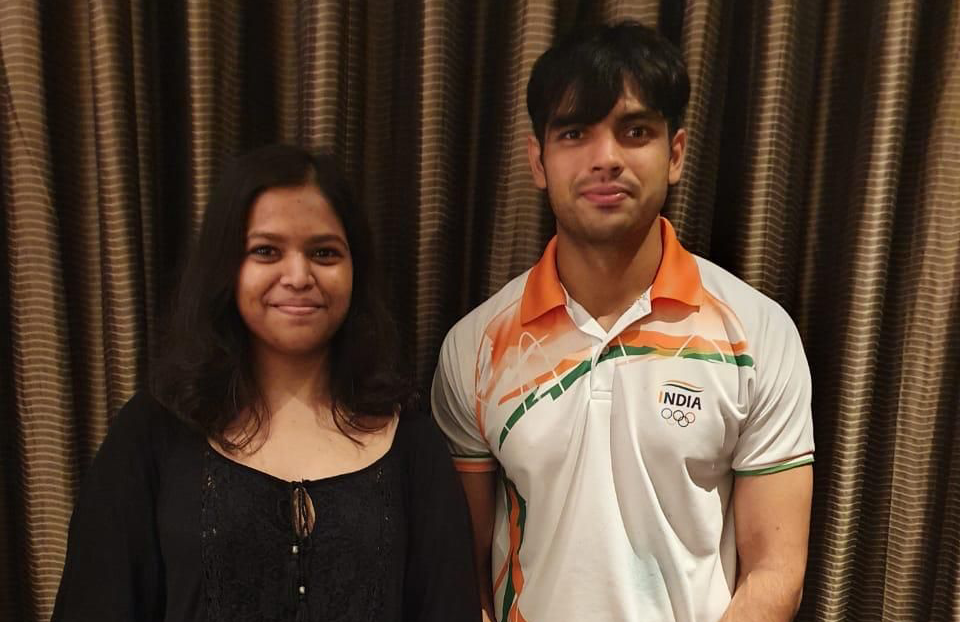 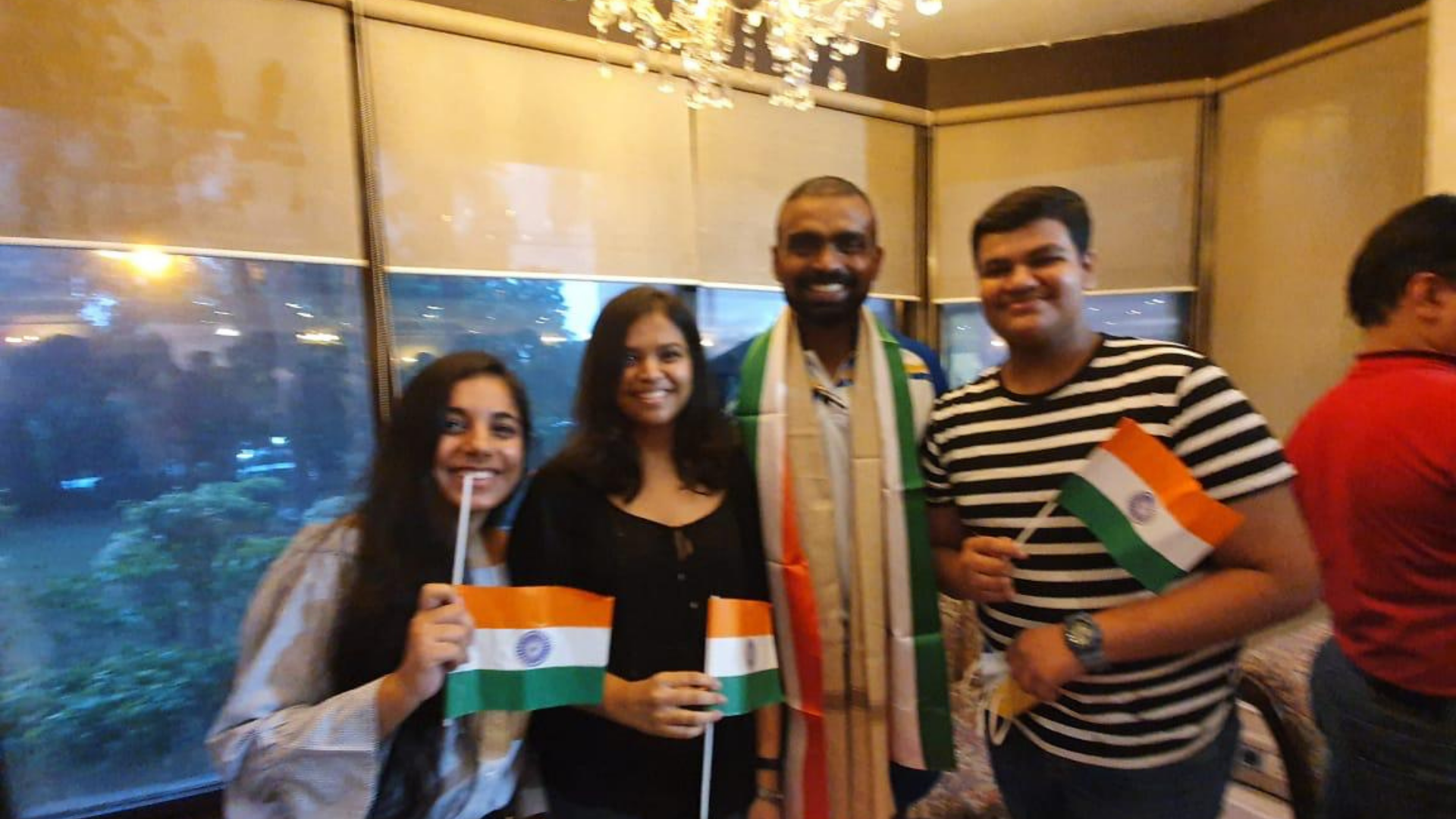 With PR Sreejesh (Goal-Keeper, Indian Hockey Team)
Seeing the enthusiasm, the support, and the optimism all around, I was taken by to one of the first Hockey matches I saw live at the Major Dhyanchand Hockey Stadium in New Delhi.

It was Feb 2012, Olympic qualifier match, India vs. France. A crucial match for India considering that in 2008 the Men’s Hockey team, for the first time in Olympic history, did not qualify… That say India beat France 8-1 and our team made it to London. As a naïve thirteen year old, I was convinced that this was our moment of reckoning… India will get a gold medal and Indian Hockey will be back to its former glory. That didn’t happen; we were placed 12th. In 2016 we made it to the 8th place. Finally in 2021, after 41 years, we finally had a podium finish. The feeling was indescribable.

And the sheer delight of watching Neeraj Chopra win the gold medal filled me with pride, hope and gratitude - a complex medley of emotions I hadn’t experienced in a long time.

“If people knew how hard I had to work to gain my mastery, it would not seem so wonderful at all.” – Michelangelo
What seems like ‘over-night success’ achieved by the Indian athletes at Tokyo has been years in making with the supports of hundreds of people enabling the athletes. There is an entire invisible ecosystem of federations, support-staff, PR teams, data scientists, coaches, strategists, media professionals and administrators who make it possible for players to focus blindly on their training and practice. They work out the logistics, make sports financial feasible for the athletes and make sports entertaining for the viewers.
People tend to measure sporting success in terms of viewers and followers that athletes have. And while that is an important metric to measure; nurturing a vibrant sporting industry requires intervention at a more nascent level. Professionalism in sports is key to success.

India has so much sporting talent and so many young students and ambitious professionals who want to carve out a meaningful career in sports - as players and as ecosystem enablers - but never get the opportunity to do so. This is a huge drain of potential, one that costs us hundreds of millions of dollars in lost opportunities and something intangible but ever so important - the pride of being part of the greater good.
Nationalism isn’t about victory alone. It is about creating a level playing field for infinite different aspirations and convictions to flourish. Today I want to take a micro-step towards that egalitarian nationalism by creating the Network Capital Sports Management Fellowship. The ultimate goal is to give ALL sports the respect they deserve. No child, no young professional should feel that sports can just be a hobby. My conviction is that it can unleash a new era of hope for all Indians.

While we (Network Capital) may not be the best platform for training athletes, we are there to support the sports ecosystem by making careers in Sports Management accessible.
From business to tech to analytics to branding & marketing to media & entertainment - the Network Capital Sports Management Fellowships will make sure that we support our members build their ‘Category of One’ in the sports industry.

Our Three-Pronged Approach for the Fellowship

First, an introduction to the breadth of opportunities. While athletes are axis around which the sporting ecosystem is organised, there is a massive team of individuals and institutions that enable them. From the team of data-scientists to management generalists; the fellowship will introduce the fellows to sporting working at the intersection of tech, management, entertainment, advertisement & marketing, and event management.

Second, exposure to the global ecosystem. We will be hosting some of the most interesting professional from all the world to unpack their journey & insights into the industry.

Third, guidance to build your ‘Category of One'. Our goal is to help you figure out what you can do uniquely well to shape the sports ecosystem in your unique way. Take a look at Indranil Datta, an MBA and a consultant, who was one of the 14 international technical officials (ITO) appointed to conduct the sport of Archery at the Tokyo Olympics by the World Archery Executive Board and the only one from India. A former archer himself, Indranil has been an international referee for world archery since 2009. He has officiated in many international meets, including the 2010 Commonwealth Games Delhi and 2014 Asian Games. He currently serves as the Deputy Chair of the World Archery Judge’s Committee. Datta has built his category of one and demonstrated how wide the spectrum is when it comes to exploring opportunities in the sporting ecosystem.

Led by the top 0.1% professionals

To help you 1:1 guidance

Learn with a support cohort of individuals